I'm a fan of a ton of genres of film, I'm not the biggest reader but I like quite a few books at this point, and I used to be a pretty big gamer. I still play once in a while, but not as much as I used to.

I wrote that description a long while ago, and I've actually been getting better about it, and enjoying literature as a medium more than I used to. 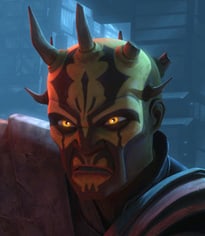 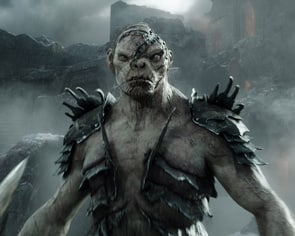 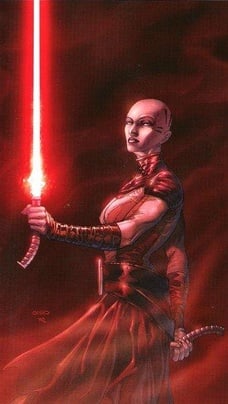 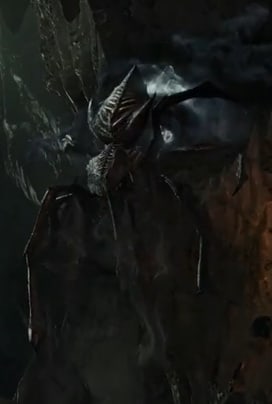 "I would like to make two suggestions for additions. One would would be Xehanort (the Master Xehanort version that is) from the "Kingdom Hearts" games (seeing as Ganondorf is on the list you appear to"

"Quite an original list you've got there. I applaud you for that."

"I woudd've put Jar Jar and or C-3PO on here before Chewbacca peronally. Jar Jar being too obnoxiously dumb, and 3P0 extremely whiny/know it all. While I don't agree with some of them, I can feasib"

"I love NIGHT OF THE LIVING DEAD, PSYCHO, and LAST MAN ON EARTH. The rest it's either been a very long time or I haven't seen them yet. I better make sure to check them out. Cool list."

"I agree with most of those except LION KING II. I'll be honest that I thought it was pretty darn good."

"Great list. Okay I don't care for SCARY MOVIE 4, but I genuinely agree with CRYSTAL SKULL (seriously I maybe can get some people's disappointment, even if I wasn't, but the extreme venom used against"

"When it comes to STAR WARS I do think that REVENGE OF THE SITH is better than RETURN OF THE JEDI to be honest. For me JEDI was the one that started going down the more commercial path, and the acting "

"*I agree on JAWS *I actually liked PSYCHO 2, but yeah the other ones aren't good *I think all of the TERMINATOR films are entertaining, even 3 and 4, despite not being on the same level as their pre"

Movies Everybody Seems To Hate Except Me (23 movies items)

"I loved CRYSTAL SKULL (Definitely one of the most underrated films of the last decade) and really liked SPIDER-MAN 3 as well as PREDATORS. I haven't seen some of the others on here yet, but I"ll prob"

"Thanks man! It means a lot and I really appreciate that you put my list on here. And a good job on the other parts of the list to. Looks like I'm gonna have to check some of these out."

"It's all opinion I guess 'cause I like a lot of these. Many I think were victims of hype and how great their predecessors were (Godfather III, Star Wars Prequel Trilogy, Crystal Skull, Matrix Sequels"

the giraffe
Posted: 11 years ago at Dec 3 22:19
Thanks for the vote & comments on my 60s horror list! Indeed anything there you haven't seen yet/in a long time I highly recommend you check out. Hope you're having a good weekend. :)

the giraffe
Posted: 11 years ago at Nov 28 6:34
Thanks for your comments on my Stop ruining my childhood list, my friend. Prior to Crystal Skull, Temple of Doom was my least favorite Indy film for its ridiculousness & the annoyance of the Willie character. I revisited the entire trilogy shortly before the 4th film came out, and while I still found Doom annoying at times, there's a palpable sense of fun that allows me to forgive it's flaws somewhat (though not entirely). Watching Crystal Skull I never got any sense of fun from it, and thus its annoyances came across even stronger for me. The entire film felt tired, forced, and just plain awful to me. And as for Willie vs. Mutt, they're both mostly worthless characters in my book, as their only value is to elevate the ongoing drama.

As for the SW prequels, I should add that I've only seen each film once in its entirety, on their respective opening weekends in the theatres. I've since seen parts of I and II on other peoples' TV sets, but haven't sat down to revisit any of them in full. Each film was entertaining to an extent, but for me they were mostly forgettable which I can't say of episodes IV-VI. And I'm not saying Jedi is perfect by any means, but compared to the prequels it's improved in my estimation. Of course my love for the original 3 films may just as well be due to my growing up with them, whereas the prequels came out in my adulthood. Had I been a youngster at the time the prequels came out I might have a more favorable opinion of them (and thus a different view of all 6 films).

With regard to the Halloween remake, I thoroughly enjoyed it & to a lesser degree its sequel. Neither is as good as the original Halloween & Halloween II, but I don't see why the remake & its sequel are so hated either. Neither was necessary (or Great), but for what they are I think they're solid films. The Platinum Dunes films look terrible from the trailers though, & the feedback on their remakes I've received from reliable sources (friends with similar tastes in horror to mine that saw the originals too) indicates they ARE terrible & thus I've written them off rather than attempt to watch any of them.

Glad to know from someone who suffered through the first 2 Transformers films that I'm right to continue avoiding them. :)

All right, now that I've taken up half of your comments section I'll move along. Hope all is well & you had a great weekend!

I recommend you watch Battle Royale

KingStefou
Posted: 11 years, 4 months ago at Aug 2 23:12
Hi, I saw ur elm street list with pictures, and i was wondering if you can tell me how to put up a picture, cause the information thing didn't help.

the giraffe
Posted: 11 years, 4 months ago at Aug 1 6:54
Thanks for the vote & comments on my 16-day Listal movie meme list, my friend. You're welcome for the inclusion & I hope it gets your list some more votes. Keep up the great work!

the giraffe
Posted: 11 years, 4 months ago at Jul 31 21:49
Hey man. Just thought you should know that one of your lists made my latest list, in case you'd like to take a look at it. Hope all is well & you're having a great weekend!

matchbox
Posted: 11 years, 6 months ago at May 18 16:01
Hi! I've added some of your lists to my new list: www.listal.com/list/listals-casting-list. Please, check it out :D

the giraffe
Posted: 11 years, 8 months ago at Mar 25 6:39
Thanks for the votes & comments! I haven't written off Live Free or Die Hard yet...in fact seeing your list reminded me I still needed to add it to my Netflix queue. I meant to see it, but for whatever reason I keep forgetting about it/putting it off.

I agree with you that Halloween III mostly gets hated due to the lack of Michael Myers, as well as the fact that it's more of a B-movie than its predecessors perhaps. Unsure if you're aware, but at one point the intention was for all the Halloween sequels to be unrelated stories. That died when the 3rd film flopped.

As for Burton's Planet of the Apes and Alice, I think most of the hatred for them stems from people expecting them to be either remakes of the original films or more faithful adaptations of the books. But both of those films are cases where he told NEW stories within the worlds that others had already established. And for what they are I feel they're good (though not Great), entertaining movies. Glad to know you agree.

Finally, on my underappreciated list, I know several of those are on Netflix instant watch if that's helpful to you. Anything you check out from that list, feel free to share your thoughts!

Hope you're having a great weekend!